BenAndrews.com
Ben is on a mission to help people and organizations embrace a simple philosophy that separates world class organizations and high performance people from everybody else. He is passionate about helping people expand their vision, develop their potential and grow their results. Ben challenges people to show up every day and make a positive difference at work and in life!

A classic storyteller, Ben has a unique gift of presenting that will engage an audience and inspire your listeners to lean in to their natural gifts and talents so that they can walk through life with more purpose.
Below is a sampling of Ben's talking points.

FINDING A WAY OUT

In 2010, Ben Andrews was working 65+ hours/week chasing internet leads in his real estate business and had less than $300 in the bank. To make matters worse, Ben was months behind in his mortgage. With a baby on the way and a business on life support, Ben decided to make some major changes and borrowed money from his parents to take Brian Buffini’s Peak Producers training course. Leaning heavily on the incredible support of his wife Heidi, Ben started on a new path. This proved to be a pivotal point in Ben’s business life, but it did much more for his personal and family life.

​Today, Ben and his wife Heidi lead Andrews & Company; their small team of realtors are consistently ranked as one of the top real estate teams in the United States consistently generating 200+ referrals and selling 100+ homes each year. 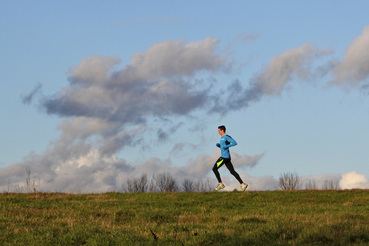 What if someone gave you $250,000 and said, go pursue your dream! This is an incredible story of hope, destiny and opening your eyes to opportunity. In 1999, a complete stranger gave Ben $250,000+ to fund his training, housing and everything else involved to pursue his dream of qualifying for the US Olympic Team Trials in hopes to represent the United States in the 2004 Athens Olympic Games. With one catch, find a creative way to pay it forward to other strangers throughout his life.
This story is filled with many laps around the track of life where Ben learned who he was in his core and what he was ultimately running towards. 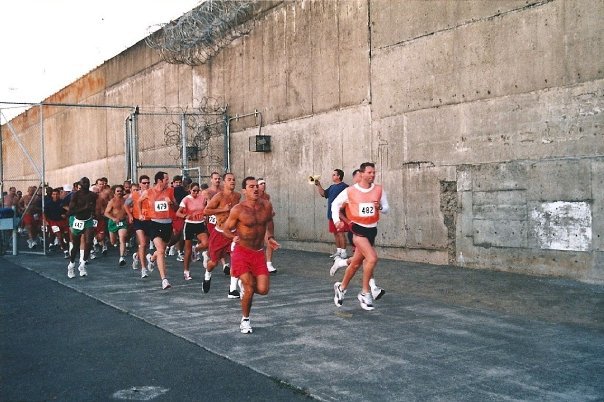 Running with and coaching the inmates within the Oregon State Penitentiary System. Several times a year, Ben would walk through closing steel doors and enter the cold concrete jungle of the Oregon State Penitentiary, home to some of the ‘baddest’ men in Oregon. Ben taught the inmates about using running to overcome fear, addiction and self-esteem issues. What the inmates – one in particular – taught Ben was a far greater lesson in Grace, second chances and forgiving yourself. 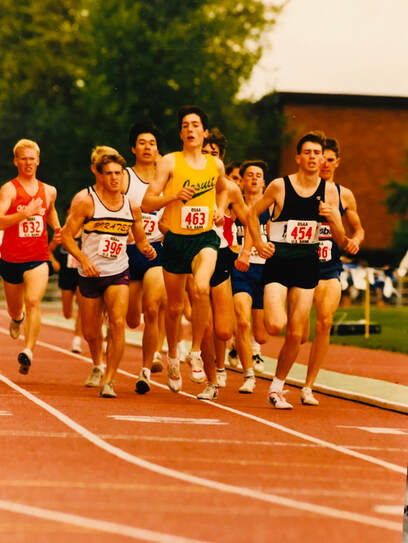 "You may have woke up a basketball player, but your going to bed tonight as a runner"
~Bill Dellinger; University of Oregon Track & Field Coach

How one race set Ben back, then set him up to ultimately change his life’s path. In a mile race that included 12 runners; two of which were the #2 & #3 ranked milers in the United States, Ben ranked 11th. Ben’s goal was to make his supporting family proud and hear the announcer say his name over the loudspeaker. As it would turn out, it was a race that would forever change the course of Ben's life. 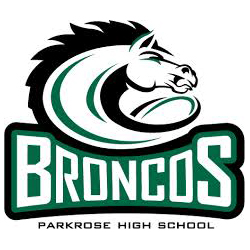 Going back to high school for a 5th year to pursue a dream. Sometimes your road success is filled with a lot of potholes. And sometimes, you have to go back where you were and start over. This is about facing your fears, managing obstacles all the while taking on the National Collegiate Athletic Association and seeing to it that their rules didn’t apply to Ben. And, anyone who came after him.
SPEAKER REQUEST FORM