IT ALL STARTED WITH THE GOLDEN RULE!

Like all good small business stories, The Andrews' Family story began in a basement. After several years in the real estate business, Ben's parents, Ted & Cindy, and his brother Matthew, pursued a dream of starting their own real estate company. In 1998, that dream became a reality when they started Willamette Realty Group.Their business philosophy was simple; to treat their clients so well that they would excitedly refer them to their friends and family.

In 2004, Ben and his fiancé - and now wife - Heidi, started their respective careers in real estate. They first focused on Portland's Downtown condominium market and developed PearlDistrict.com. Their website quickly became the #1 resource for the Portland Condo market and at the time, was one of Oregon's most visited websites. The robust real estate market started to shift around the same time Ben & Heidi were expecting their child. As Heidi stepped away from the day-to-day business to focus on motherhood, it became clear that Heidi's nurturing approach was what had been driving their business all along. Ben disected the way Heidi treated their clients and implemented Brian Buffini's 'Working by Referral' system and their business started to breath new life.

Ben & Heidi manage The Andrews Group; their team of brokers who annually generate 200+ referrals. Since 1999, The Andrews and their realtors have sold over 5,000 homes and $2B in real estate. 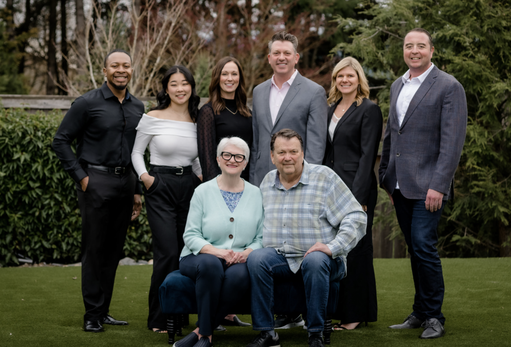 Watch this inspiring video to see how Ben & Heidi transformed their real estate business and set them on a new path to inspire others.