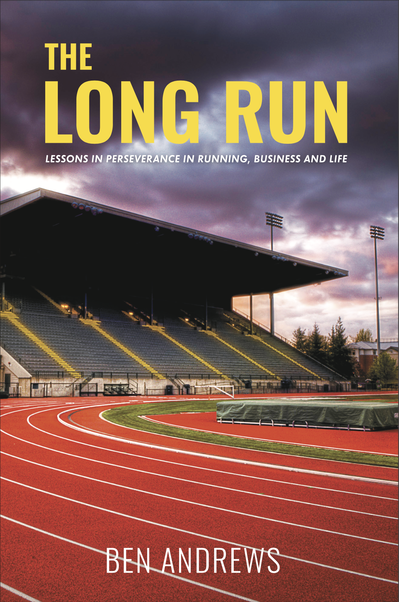 THE LONG RUN begins with the story of Ben Andrews and his quest to become one of Americas top milers, a quest that starts strongly but seems doomed when he later faces obstacle after obstacle, not the least of which are his own fears and insecurities. Often, Ben finds that his dreams - both athletically and later in business - seem just beyond his reach. But each time he is ready to quit, an unlikely mentor comes his way to tell him, not yet.

Join Ben on a captivating and inspiring run through life as he is confronted with reasons to quit but a mountain of evidence to stay in the race and hold fast to his dreams.


"Ben's journey inspires me and reminds me of what it means to live an abundant life! The Long Run WILL inspire you, too!"
- DAN BROWNE, 2004 US Olympic Team: 10,000-Meters & Marathon

"This is a story of faith, hope, perseverance, family, and overcoming. You will be inspired just as I was.'
- KYLE WILSON, Founder of Jim Rohn International, Strategist, Publisher and Best-Selling Author

"As impressed as I am with Ben, his beautiful family, and the lives he has positively impacted through his business, this book is far more impressive! The Long Run is less about what Ben's achieved in life and far more about all that you can accomplish in life. Read the book and thank me later!
- JOHN O'LEARY, Best -Selling Author of ON FIRE and IN AWE